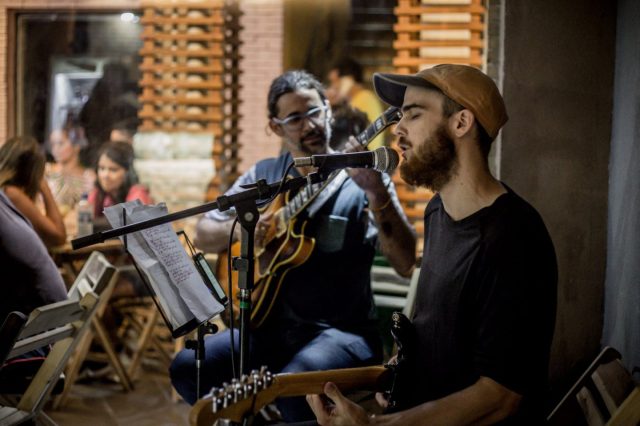 Sam Genualdi is a composer/songwriter, producer, multi-instrumentalist, and artist from Evanston, Illinois. In 2017 Sam graduated summa cum laude and Pi Kappa Lamda from the Lawrence University Conservatory of Music with a self-designed major in Contemporary Improvisation. For his big band piece, Treelight, Sam earned the award of Outstanding Original Composition for Large Ensemble in the Undergraduate Category from Downbeat Magazine and was also awarded the Pi Kappa Lamda Jazz Composition Award. His debut album “Looking Through the Glass” was released on May 19, 2017 and is available on all major platforms. This project was written, recorded and produced by Sam, and features collaborations with avant-garde saxophone giant Tim Berne and Volcano Choir drummer Jon Mueller. In 2017-18 he traveled the globe studying music for a year on a Thomas J. Watson Fellowship. His travels took him to the United Kingdom, Armenia, Peru, Brazil, Mozambique, Japan, and Bali where he lived and studied the music of each place. Sam currently serves Holden Village as Village Musician in the Wenatchee National Forest, Washington.